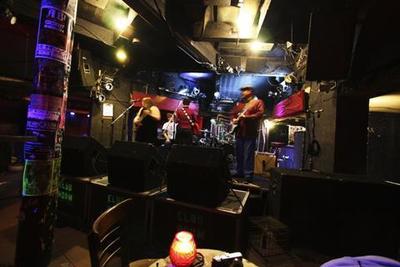 "I like to find new, local music bands that I think are hot at the moment so people get a chance to listen to them," Adam Powes, Talent Buyer of Elbo Room said.

Khary 'KFJacques' Laurent is all Chicago. Through his partnership with VibePony Records, Laurent paves the way in pop music with infectious hip-hop beats infused with electronic, classical, rock and ethnic influences. His vocals cover a wide range, from reggae to opera to R&B. He's been solicited for collaborations around the world with music composed and performed in four different languages. Explore a realm of imagination that is both retrospective and relevant in this new genre called “Operatronic.”

Ecstasy from Columbus is composed of two artists from very different backgrounds: Kip Newby and Brad Walker. Solidly formed in July 2012, the alternative band has played at various venues and plans on recording their debut album in the next year.