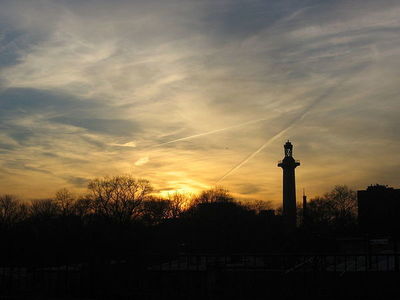 The 2,310-square-foot house was built in 1910 in the Fort Greene neighborhood.

Shachtman is a contributing editor at Wired magazine.

He also is the editor of the national security blog at Wired, "Danger Room," which won the 2007 Online Journalism Award for best reporting. He also writes for The New York Times and the Chicago Tribune on technology, national security, politics and geek culture.

Dr. Visceglia is a resident psychiatrist at the Albert Einstein College of Medicine in the Bronx.

She also is a yoga teacher at the Therapeutic Yoga in Los Angeles and New York and Bronx State Psychiatric Center.

Prior to this, she worked at the IPPNW Selected Medical Exchange in Lusaka, Zambia; East Harlem Health Outreach Project in New York; Child Family Health International in Dehra Dun, India; Back to Life Leprosy Clinic in Varanasi, India; and Global Service Corps Mumias in Kenya.

She received a degree in government from Georgetown University and her M.D. from Mount Sinai Medical School.

According to BlockShopper.com, there have been 4,675 home sales in Brooklyn during the past 12 months, with a median sales price of $455,000.