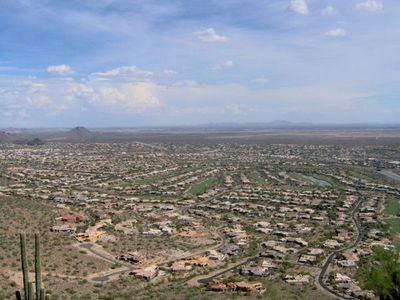 Dr. Dominic Dessables and Matilde Maturana sold a three-bedroom, five-bath home at 11430 N. 87th Place in Scottsdale to Hillary and Jason Manaster for $695,000 on Dec. 11.

The 4,769-square-foot house was built in 2006 in the North Scottsdale neighborhood.

Dr. Dessables is an anesthesiologist with Anesthesia Resources Ltd. in Tempe.

He received his M.D. from New York Medical College. He trained in internal medicine at Winthrop-University Hospital and in anesthesiology at the Emory University School of Medicine.

According to BlockShopper.com, there have been 4,044 home sales in Scottsdale during the past 12 months, with a median sales price of $301,500.