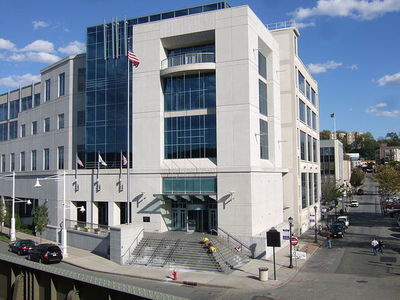 Mark P. Ressler and Ilissa Rothschild sold a home at 6 Cayuga Road in Yonkers to Iliya Rybchin and Stacy A. Rybchin for $1.325 million on Nov. 13.

Ressler and Rothschild paid $1.25 million for the property in June 2000. The house was built in the Yonkers Northeast neighborhood.

Ressler is a partner at law firm Kasowitz, Benson, Torres & Friedman LLP. His practice primarily focuses on complex commercial litigation and white collar criminal defense. He joined the firm in 1998.

Previous to that, he served as an assistant U.S. attorney in Brooklyn.

Rothschild is sales and marketing director at Lexolution, a legal staffing agency with offices in New York, Washington, D.C. and Los Angeles. She joined the agency in 2005.

Prior to joining Lexolution, she was an associate at law firms Dechert LLP and at Reboul, MacMurray, Hewitt, Maynard & Kristol. Previously, she worked as law clerk in the Southern District of New York and as assistant district attorney at New York County district attorney's office. Earlier, she was a litigator at law firm Stillman, Friedman & Shaw.

She received her B.A. from Barnard College of Columbia University in 1984 and her J.D. from New York University School of Law in 1987.

According to BlockShopper.com, there have been 1,131 home sales in Yonkers during the last 12 months, with a median sales price of $500,000.