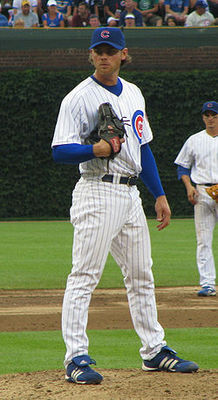 The 2,982-square-foot residence was built in 1913 in the East Ukrainian Village subdivision.

Cotts is a professional Major League Baseball relief pitcher, who is currently a free agent.

He entered the pro-league after being drafted by the Oakland Athletics in 2001. He was traded to the Chicago White Sox in 2002 and debuted with them in 2003, where he started in two games and ended the season with a 1-1 record. In 2004, he pitched 65 innings with the team and earned a 4-4 record. He went 4-0 in the 2005 season and was traded to the Chicago Cubs, where he played for AAA teams for the next few seasons.

According to BlockShopper.com, there have been 227 home sales in Ukrainian Village during the past 12 months, with a median sales price of $385,000.