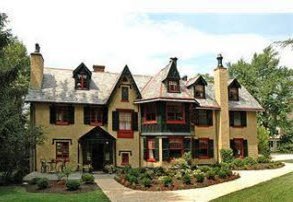 Georges Perrier and Andrea Perrier listed for sale a five-bedroom, five-bath home at 8872 Towanda Ave. in Chestnut Hill for $2.7 million.

The Perriers paid $2.4 million for the property in Jan. 2008. The 9,500-square-foot house was built in 1908. Andrea Straub of Prudential Fox & Roach, Realtors is the listing agent for the home.

Mr. Perrier is a chef and owner of Le Bec-Fin, a five-star rated restaurant. Prior to founding his own restaurant, he served as head chef of Peter von Starck's La Panetiere. In addition, he leads classes at Fretz, Philadelphia's demonstration kitchen and serves as a guest teacher at Drexel University, The Restaurant School and Ecole de Cuisine La Varenne.

According to BlockShopper.com, there have been 81 home sales in Chestnut Hill during the past 12 months, with a median sales price of $455,650.