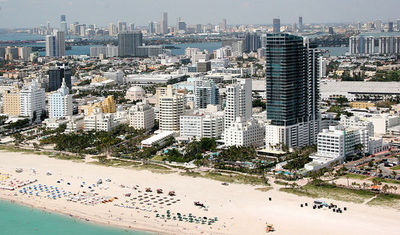 Lenny Kravitz sold a three-bedroom, three-bath home at 7936 Biscayne Point Circle in Miami Beach to Richard Crowell and his wife, Nancy, for $2.45 million on July 15.

Kravitz is a four-time Grammy Award winning singer-songwriter, record producer and arranger who has sold an estimated 38 million albums worldwide.

He was born in New York to Hollywood producer Sy Kravitz and actress Roxie Roker. His debut album, Let Love Rule, was released in 1989 and reached #61 on the Billboard album charts. It would later receive more recognition when Madonna reached number one with a cover version of his song, "Justify My Love" on her Immaculate Collection album in 1990.