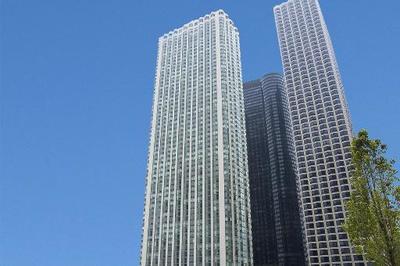 The Rosts paid $166,500 for the property in Aug. 1995. Unit #706 is part of the 483 units at The Park Shore, a 56-story development built in 1991 in Streeterville. It is located in the New Eastside subdivision. John Quill of Keller Williams Gold Coast Realtors is the listing agent for the home.

Mr. Rost is a senior director of healthcare and enterprise sales at Level 3 Communications Inc., an international communications company headquartered in Broomfield, Colorado.

He previously was vice president of national accounts at KPN International, and a director of business development at One Point Communications. Earlier, he was a general manager for Data Entry International Inc. and a national account manager with Manhattan Cable Television.

He attended The American University.

According to BlockShopper.com, there have been 18 condo sales in Streeterville during the past 12 months, with a median sales price of $440,000.