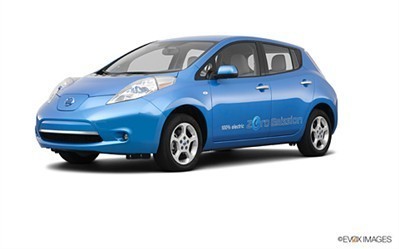 Pomoco Nissan in Hampton has won Nissan’s Award of Excellence for 2011, the dealership’s eighth time receiving this prestigious award. The award is based on consumer feedback for the current calendar year in key categories in both the sales and service departments. Pomoco Nissan has also been the number one Nissan dealer in the peninsula for eight straight years and the exclusive Awards of Excellence winner.

The professionalism of the staff of Pomoco Nissan seems to provide a comfort zone for their customers. The staff is able to put their customers’ minds at ease and know that they are doing their very best to get the best deal for them. This is one of the reasons why they enjoy so much repeat and referral business. Additionally, customers from miles away come to the dealership. They see customers from as far away as Chesapeake, Virginia Beach and even Richmond who pass up many dealerships that are much closer to their location on the trip to Hampton.

It can be several years between new and used car purchases and when a returning customer goes back into a dealership, they are usually expecting a new sales staff. This is not the case at Pomoco Nissan.  Customers take comfort in knowing that the same team that sold them their last car will be the same people they see when they come to the dealership for service and later for a repeat sale.  People like shopping with Pomoco Nissan because they have come to find out over the years that their message of no gimmicks and no games is the way we do business and that is definitely providing peace of mind.

“We are proud to boast that Pomoco Nissan has won this prestigious award for eight years, including seven of them concurrently,” comments Henry Ayer, President of Pomoco Nissan.

Pomoco Nissan carries the full line of new Nissans including the all new Nissan NV commercial van.  Henry Ayer, President of Pomoco Nissan, would like invite everyone to come in and test-drive the new Nissan LEAF, the 100% electric, zero emissions sedan.