by Blockshopper News Service published May. 19, 2010 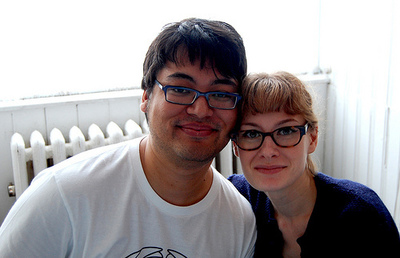 Bryan Lee O'Malley and Hope Larson bought a three-bedroom, 1.5-bath home at 2358 Edgewater Terrace in Silver Lake from Nicholas Quattrocchi and David Shorter for $857,000 on May 19.

O'Malley is a writer, cartoonist and comic book artist. His most notable work is Scott Pilgrim, a comic book series that earned him the Doug Wright Award "Best Emerging Talent" recognition in 2005 and was recently turned into a major motion picture.

Larson is a graphic novel illustrator and cartoonist. She was the recipient of the Doug Wright Award for Best Emerging Talent for her publication of the comic strip, "House of Sugar," in 2007.

She earned her B.F.A. from the School of the Art Institute of Chicago.

He attended University of Hartford and Western Connecticut State University.

According to BlockShopper.com, there have been 188 home sales in Silver Lake during the past 12 months, with a median sales price of $554,000.