by Blockshopper News Service published May. 28, 2010 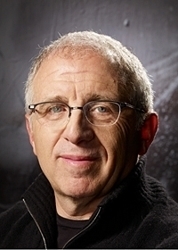 Irving Azoff, Jeffrey Azoff and Rochelle Azoff bought a three-bedroom, three-bath home at 1531 Lindacrest Dr. in Beverly Crest from Lois Capin Esformes for $2.075 million on May 28.

Mr. Azoff is an American personal manager representing recording artists such as The Eagles, who he has managed since 1974, Christina Aguilera, Neil Diamond, Van Halen and Steely Dan to name a few. He is now the chairman of Live Nation Entertainment, the largest live entertainment company in the world.

He was named the Advertising Age "2008 Marketer of the Year" and the 2008 recipient of Pollstar magazine's "Personal Manager of the Year Award".

According to BlockShopper.com, there have been 163 home sales in Beverly Crest during the past 12 months, with a median sales price of $1.25 million.