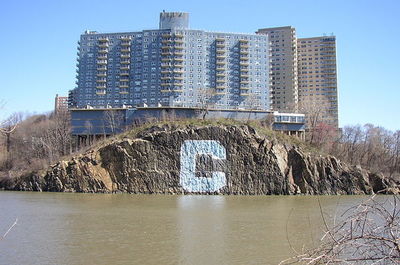 Fernando Ferrer and his wife, Aramina, bought a three-bedroom, 2.5-bath condo at 2521 Palisade Ave. in Spuyten Duyvil from Palm Isles Family Limited Partnership and Albert Chernin for $969,000 on Jan. 7.

Mr. Ferrer is co-chair of Mercury Public Affairs, a PR firm in New York City. He also served as president of the Drum Major Institute for Public Policy, a non-profit, progressive think tank

He has also served on the New York City Council, and was Bronx Borough President for 14 years. He is the first Latino in the history of New York City to win the democratic primary for mayor in 2005. He earned his B.A. in political science and philosophy from NYU and his Master in Public Administration from CUNY-Baruch College.

Mrs. Ferrer has served as principal of the Edgar Allen Poe Literacy Development School in the Bronx (P.S. 46) for more than 17 years.

According to BlockShopper, there have been 69 condo sales at Kingsbridge/Spuyten Duyvil during the past 12 months, with a median sales price of $250,000.