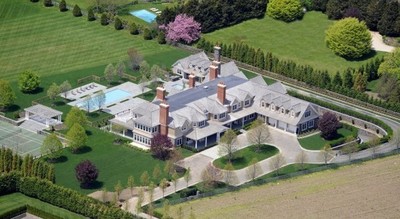 Lindsay LoBue and Robert LoBue bought a five-bedroom, 5.5-bath home at 51 Bridgefield Road in Bridgehampton from Barbara Ainsley for $4.7485 million on March 12.

Ms. LoBue is vice president of credit derivatives at Goldman Sachs Group Inc., where she previously served as managing director.

She previously was director of product development at Talbots and at Women's Sportswear.

She received a B.A. in business from Michigan State University.

Ainsley also sold a home at " target="_new">6 Ludlow Green in Bridgehampton in June 2000.

According to BlockShopper.com, there have been 35 home sales in Bridgehampton during the past 12 months, with a median sales price of $2.585 million.