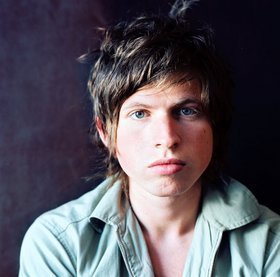 Musician Matthew Followill bought a two-bedroom, three-bath condo at 8839 Cynthia St. in West Hollywood from Todd A. Farr for $800,000 on July 7.

Followill, 24, is the lead guitarist of the Grammy Award-winning rock band Kings of Leon. The four-man band from Tennessee, which consists of Followill and his three cousins, debuted in 2003 with a Southern rock and garage style that earned quick acclaim in the United Kingdom. Domestic success followed with their third album in 2007, when "Because of the Times" was named among the top 50 albums of the year by Rolling Stone magazine and climbed as high as No. 25 on the Billboard 200.

The band capitalized on the success with the 2008 follow-up "Only by the Night," which spawned the Grammy-winning smash single "Sex on Fire." The platinum-selling album topped the charts in the United Kingdom and climbed to No. 5 in the United States, leading to headlining spots on a number of summer festival concerts and a cover story in Rolling Stone magazine that dubbed them "America's Hottest Band."