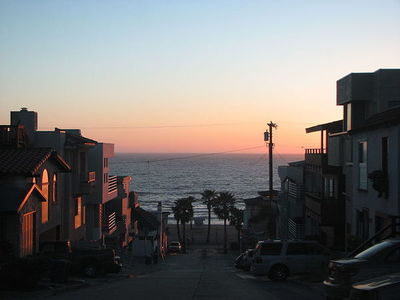 Ed Kaminsky of Shorewood Realtors is the listing agent for the home.

Odom, 30, is in his sixth season as a power forward for the NBA Champion Los Angeles Lakers. He joined the team before the 2004-05 season and has appeared in at least 54 games for the club each year since, and averaged 11.3 points and 8.2 rebounds per game during the team's run to the world championship last season. He also averaged 12.3 points per game in the postseason last season, and then signed a four-year, $33 million deal with the club in July.

Odom joined the Lakers from the Miami Heat in a trade for legendary big man Shaquille O'Neal following the 2003-04 season, when he averaged 17.1 points for the Heat and led them to the postseason. Prior to joining the Heat, he broke into the league over four seasons with the Los Angeles Clippers, who drafted him with the fourth overall pick in the 2000 NBA Draft.

Odom starred in college at the University of Rhode Island, and is originally from Queens. He married reality television star Khloe Kardashian in September.

According to BlockShopper.com, there have been 231 home sales in Manhattan Beach during the past 12 months, with a median sales price of $1.4 million.